A premier collection of innovative brands.

Blade-Conspire International Group is an international family of companies that strives to provide innovative products and services to our customers. From web hosting to creative arts, we have something for you: either as a first-tier Blade-Conspire Brand, or via our investment portfolio.

Creative ways to create fantastic gifts out of your photos.
V 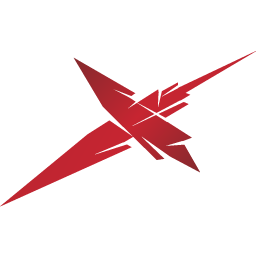 Blade-Conspire International Group is a small company based in Auckland, New Zealand, with aspirations of bringing our services to the world.

We've been in operation since 1999 in various forms and became a registered company in 2008. Blade Lifestyle Media has been around since the early years, under going many trading names - from Blade Multimedia to Blade Media Solutions.

In 2007 the full rights to the Blade Lifestyle Media brand was acquired by one of the partners - the original founding member and integrated into the newly formed Blade-Conspire International Group.

Conspire Web Services began operations in 2003, with a full scale launch in 2005. Since then, the services on offer has increased ten-fold and a steady increase on the domain types for around the world and hosting plans. Conspire Web Services recently expanded into software with the launch of the development tools division.

Since 2015, Blade-Conspire has been mentoring startups and providing investment opportunities for emerging sectors. Our powerful position in a number of areas means we have the knowledge to nurture small businesses in a successful manner.

Our mentoring incubation program enriches up & coming businesses with the tools they need to succeed - from web design to sales coaching.

In June of 2019, we embarked on our biggest project yet: moving everything from our perch high above the Auckland city streets in the Vero Building Complex to our new larger space in the PwC Tower on the waterfront.

There's additional floor space with extra meeting areas, as well as a new working environment designed by layout experts to foster innovation and open channels of communications across all members of staff.

After nearly eight years in the Vero building, we're a little sad to leave it behind, but look forward to a brighter future in a new facility.